The betting public says yes, but the answer won’t be known until the conclusion of UFC 254 Saturday from Fight Island.

Khabib is a whopping favorite of more than 3-1 at FanDuel and DraftKings when he seeks to capture the championship after a long layoff. Derailed by Covid, he has not fought in more than a year, and in May he watched Gaethje dismantle his anticipated battle with Tony Ferguson.

Gaethje’s victory highlighted the UFC’s return from Covid and launched a string of May battles in which the underdogs reigned in UFC.  Gaethje was an underdog against Ferguson and paid in the area of 35-1 for those able to pinpoint his fifth-round triumph.

Will he have it on Sunday?

Let’s look at a few main fights on the card.

Besides launching the UFC 254 promotion, that bet set a tone that has gone unopposed. Few bettors have bucked that trend.

Johnny Avello, the director of race and sports operations for DraftKings, told njbetting.com he expects some late Gaethje money. And it will happen, but the reverence for Khabib has marked the betting. The public has been marching to the tune set by the first big wager.

Rarely will an interim champ be this much of an underdog.

Gaethje bettors, Fuh-Get-About It, don’t dabble too much in props.

Khabib bettors face a wagering bob-and-weave. Duck the big numbers, slide to the props, and consider the options.

Top NJ sports betting app, FanDuel, has hiked the Khabib KO/TKO to +440 and the submission to +240.

Khabib’s last two victories have occurred by submission. It can be a coin flip whether he wins by KO/TKO or submission.

This strategy covers two of the three most likely victory methods for Khabib. It leaves the decision result uncovered, but it’s hard to bet everything.

Bettors who do like the decision can play it inside of a PointsBet prop. PointsBet has a nice $50 max bet prop too. It boosts Nurmagomedov from +110 to +150 for a KO/TKO OR a decision. This bet leaves the submission angle uncovered.

Khabib hasn’t fought in more than a year. Do we see no effect, as in what Conor McGregor displayed in halting Cowboy Cerrone in under a minute after a long layoff? Or will this one matter?

Gaethje has a wrestling background but stopped Ferguson from the stand-up position. He needs to gain Khabib’s respect with some long-range punches or leg strikes while standing.

Khabib, meanwhile, has uncanny timing. He often slips a punch, dives for the knees and gains an important takedown. Once he takes control, there are few fighters better at finishing opponents.

Root for a Method, Not a Fighter.

Put both fighters on your ticket.

Take both fighters by wagering on the length of the bout. DraftKings has round props for when the fight ends. They range from between +425 to +800 from rounds 1-5. Does not matter who wins. Pick the right round and you cash. A range of rounds is sensible too. One can take rounds 3 and 4 and get +225.

The co-main battle between Robert Whittaker and Jared Cannonier is excellent and bettable. Cannonier’s last four victories have been TKO punches and that’s +162 at DraftKings.  Whittaker has fought tougher opponents, his last three triumphs have been by decision and DraftKings has that method at +210.

Intangible: Cannonier has been away more than a year, Whittaker notched a victory in July.

So does Struve and Tuivasa.

If you don’t want to spend the whole budget chasing props or playing prohibitive favorites, these matchups are enticing.

Overall, the card provides a variety. Some fights have fair odds of a payout close to even money with a 50%-win probability. Nothing wrong with that, especially for anyone who wants to make a sizable wager on one fight.

The props act as the wild-card, with good-paying outcomes within the realm of possibility.

And for those who want to go big on Khabib? At 28-0, he has shown to be worth the premium. 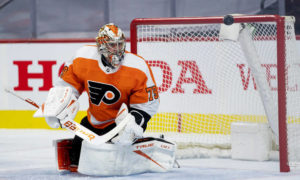